It’s a literary gift of gold! Thanks to my friend Roger, I learned of this resource for understanding life in A 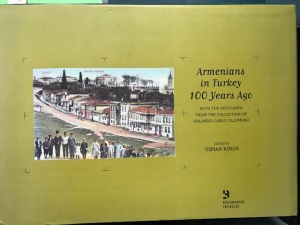 rmenia prior to the 1915 genocide. I have only just begun my study of what it offers. The book is not merely an album of postcards. Detailed information about each postcard is provided: information about the image, whether it was posted or not and by whom. It also shares texts about Armenians of each vilayet, including information about the role played by Armenians in the economical, social and cultural life of the settlements in which they lived, the industrial and commercial branches in which they were concentrated, their quarters, churches, monasteries and schools, as well as demographical data.

I’ve mentioned before that my family came from Harput (also known as Harpoot, Kharpouth and Kharpert). Here is a peek at two of the postcards of the village. Kharpouth was a prosperous village along the primary trade route in the area. The first photo shows the village on the hill, and the second shows a group of tanners. 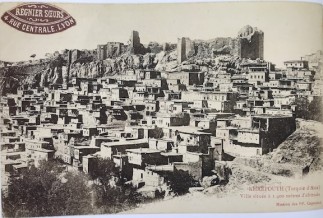 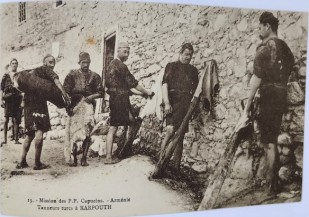 Education was valued by Armenians. The villages that could afford to do so provided eduction for both boys and girls: 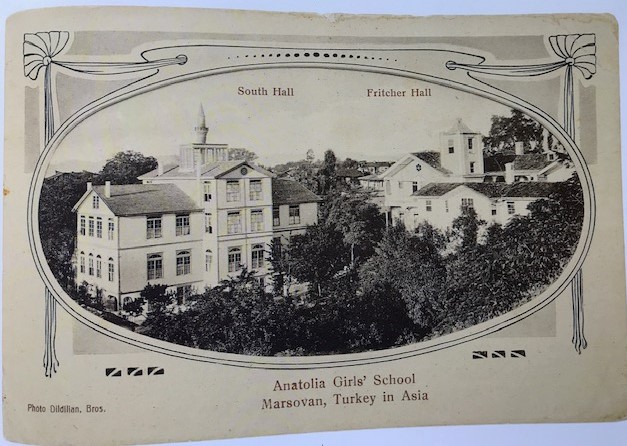 As I pursue my goal of creating a historical fiction that accurately reflects the lives of the story’s characters, I’m confident that this resource, combined with the many others I’ve collected, will help make our ancestors come alive on the pages.

I, like so many others, am a novelist struggling for recognition. MY NEW NOVEL, THE EYES HAVE IT, IS AVAILABLE ON AMAZON AND B&N! In Her Mother's Shoes was published in June 2013 - available through Amazon, B&N and iPad, e-book (only $2.99!) as well as paperback. Autumn Colors was my first. My third novel, Star Catching, was released in November, 2016 and has been very well-received! My writings are mostly women's fiction, most also suitable for YA. My website is www.dawnlajeunesse.com. Come visit me there!
View all posts by Dawn Lajeunesse →
This entry was posted in Armenians, Genocide, historical fiction, History, Immigrants and tagged Armenia in the early 20th century, Armenian lifestyles, everyday life, Inspiration. Bookmark the permalink.