Drawing a Blank Can Be A Good Thing

Better than a destructive, bridge-burning eruption! 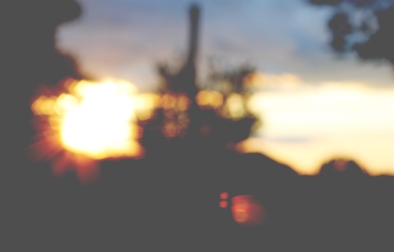 In early 2015 I wrote about the value of having multiple impartial parties critique and edit your writing. You, as the writer, are too close to see your writing clearly.

At the time, I had just completed what I believed to be my greatest novel, if for no other reason than that it was such a stretch out of my comfort zone. It had become, in essence my creation, my baby. Who wants to risk being told their baby is ugly? But true to my own advice, I had it critiqued by a professional.

OUCH! It was the worst review of anything I’d ever written in my entire life. What I heard (or rather read) was my baby was ugly and therefore I, its creator, was too. Or at least my writing was.

My review took the form of six pages of summary notes and 350 pages of notes in the margin. In that massive volume of feedback, I found maybe one or two positive comments. The rest, essentially, said I should scrap the entire project because it wasn’t redeemable. Well, she didn’t exactly say that. But she said to throw out more than half of the manuscript and, if I really wanted to use any of it, I should turn it into a formula romance.

The suggestion of turning it into a formula romance just about made me lose my breakfast. Don’t get me wrong. There’s nothing wrong with formula romances. Lots of writers make good livings writing them. But I had set out to write something bigger. My first two books had been romance/women’s fiction – not the usual formula, exactly, but that was at the core. I wanted to write something important. Something people would remember.

And speaking of 101 – she referred me to numerous books and resources to go back to square one and learn how to write a novel successfully. I’d only taken 15 years of classes in colleges and on-line, and filled my bookcases with how-to writing books. If I hadn’t “gotten” what made for a good novel by now, going back to the learning stage wasn’t going to make a difference.

My first reaction was anger. How dare she imply I lacked basic skills and where did she get off bashing the courses I’d taken. “Have any of the instructors ever written an actual novel?” That’s what she asked. I not only found it condescending, I was insulted for my past instructors – all accomplished, published novelists, some with multiple awards.

I vowed I’d never write again. And I wanted to respond to her with well-chosen words that, essentially would tell her and the writing industry where to go.

Then I slept on it and got up the next morning and started going through the detailed comments. She wasn’t kind – but then, I hadn’t paid her for false compliments. And when I looked at her comments and compared the relevant text, the novel really didn’t hold together. I had tried to do more with the novel than was realistic. I loaded it with political commentary. I sacrificed up close and personal scenes with the main characters in my attempt to write “more than just a romance.”

Seen through her eyes, I had to admit she was (mostly) right. I was still offended by her lack of any positive comments, since I do a good job with dialogue and I personally still think I did a good job with setting some of the scenes. They were just the wrong scenes. I tried to cram so much into the story, I ended up doing a lot of summarizing – the dreaded “telling” vs “showing” that I had learned to avoid in one of my many 101 classes.

This bashed manuscript was not well-conceived and really out of my comfort zone. That was part of the appeal of writing it. But it taught me a lesson. Work from your strength. Use what you do well. Maybe experiment a bit once in a while, but stay the course.

So the blank that I drew when I was so blown away by her critique was replaced by what needed to be said. “Thank you for your courageous honesty.”

Once I reached that point, I knew I would indeed write again. Ideas started ping-ponging in my head. Giving up on writing wasn’t an option. In the months since then, I began working on Gram & Me, a women’s fiction that suits my writing style and skills. I’m happy with the way it is progressing, although I’ve had a few hiccups along the way. I am in the midst of some major rewriting, prompted by another honest critique – this one not suggesting that I throw out the baby with the bathwater. I’m behind on my projected completion schedule, but I’ll forge on.

I am a writer.

I, like so many others, am a novelist struggling for recognition. My newest novel, THE EYES HAVE IT, is available on Amazon in Kindle version. My other novels, IN HER MOTHER'S SHOES and STAR CATCHING, also are available in e-book format through Amazon and other formats by request here or on my website. AUTUMN COLORS was my first novel and is still available through Amazon and B&N in multiple formats. My early writings are women's fiction, also suitable for YA. My work-in-progress is a historical fiction. Come visit me at my website: www.dawnlajeunesse.com.
View all posts by Dawn Essegian Lajeunesse →
This entry was posted in Blogs, Book Reviews, Writing and tagged blogging 101, Book reviews, critiques, Editing, novels, writers, writing. Bookmark the permalink.

4 Responses to Drawing a Blank Can Be A Good Thing

a little mixed up

For lovers of reading, writing, books